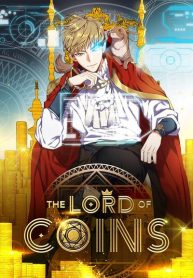 Aaron Steelegard’s fortune was basically set as he discovered a book that allowed him to trade across dimensions—until his enemies take both his life and his riches away. But Aaron is brought back as his younger self, armed with his past knowledge and a chance at revenge! Now free to amass coins, he’s gaining powerful abilities and moving up the ranks of the interdimensional trading markets. Will Aaron gain enough coins to survive this journey of vengeance and reclaim his honor?